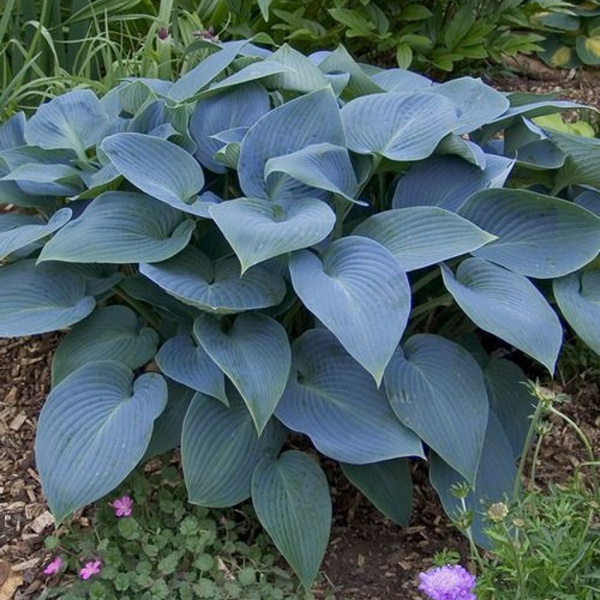 The soft blue colour of hosta Halcyon (Halcion) is compared to the depths of the sea. Why? It attracts with its power and depth of color. The large leaves are about 16 x 10 cm. They have a dense structure and a heart-shaped form. Also the leaves of Hosta Halcyon are covered with deep longitudinal grooves. The blue-green color of this hosta is muted by the silvery scurf. This variety is considered to be one of the "most blue" among other hostas. Lavender funnel-shaped flowers rise above the foliage on peduncles up to 80 cm long. Flowering period starts in July and ends in August. Flowering, as a rule, lasts 15-20 days. It is accompanied by a bright fragrant aroma. 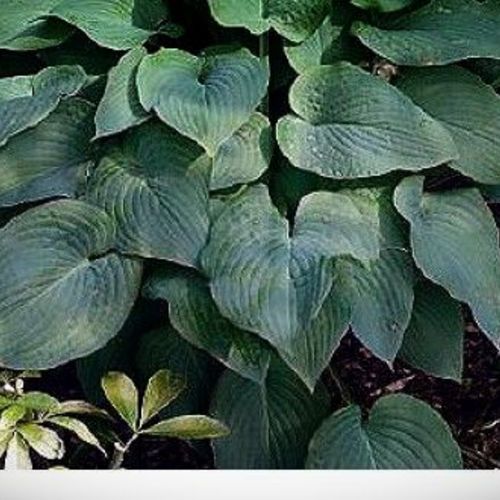 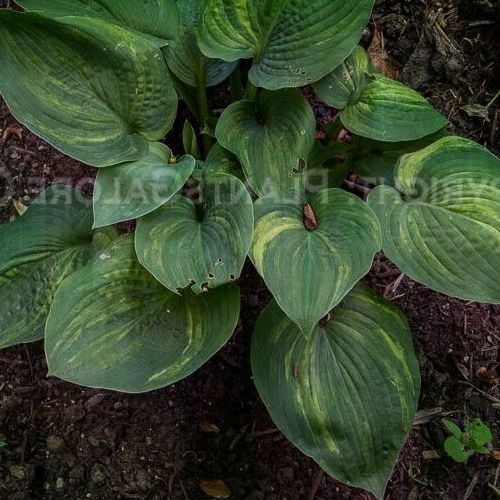 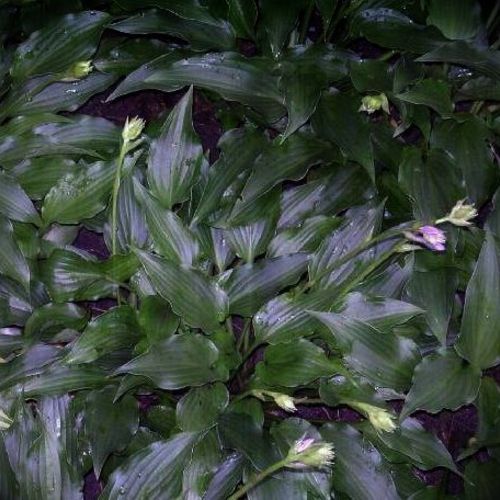 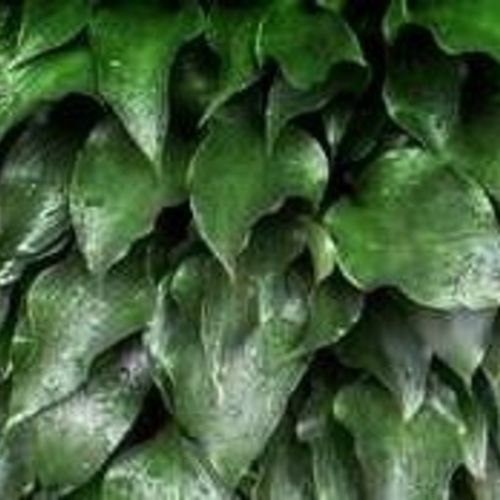 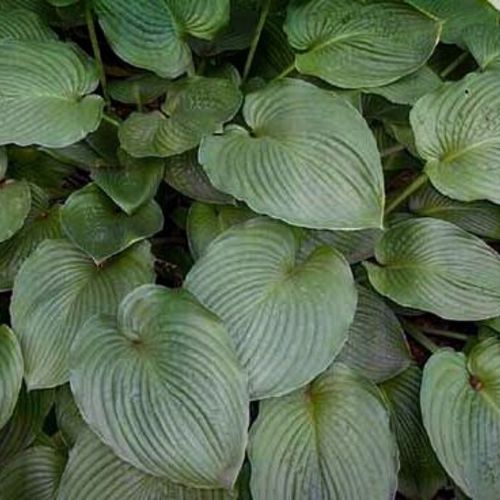 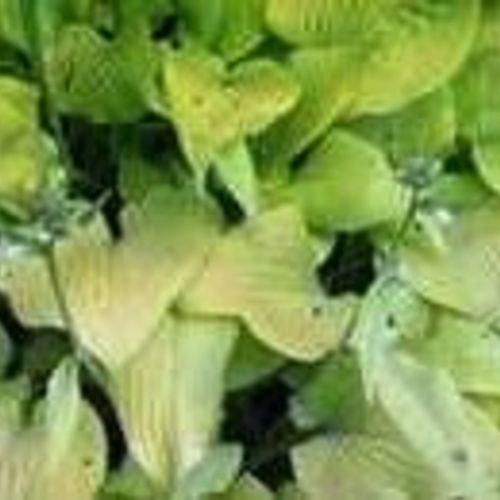 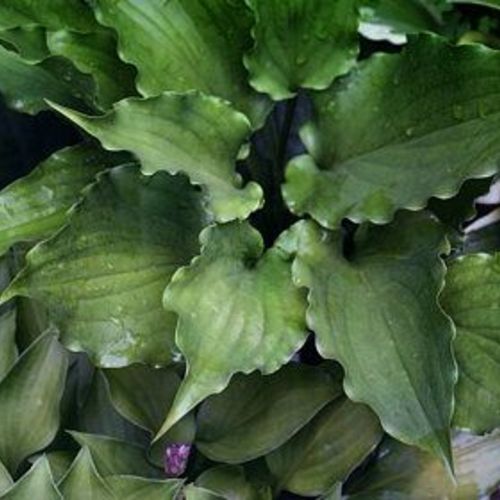